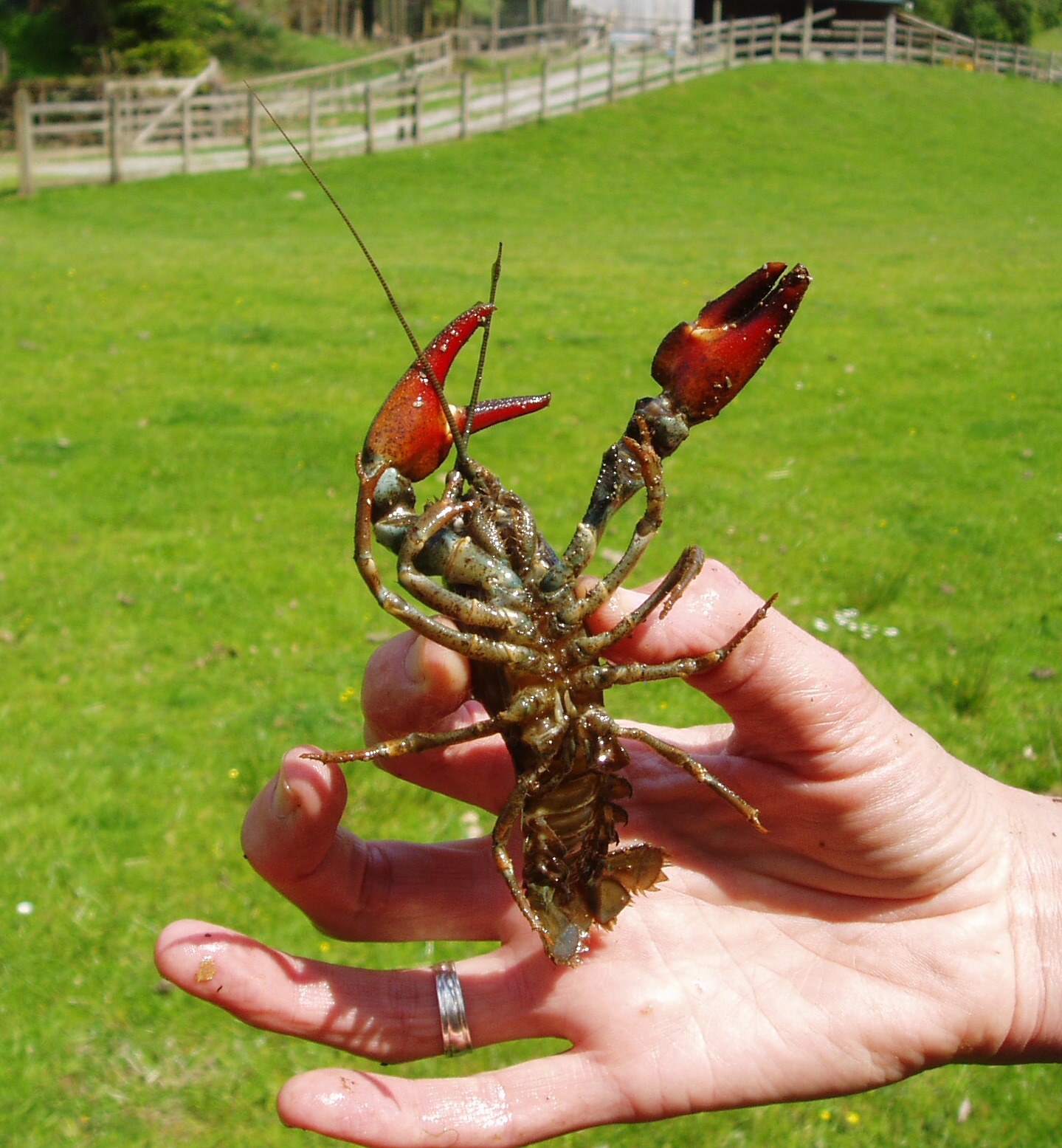 Representatives from the River Barle Crayfish Project attended the National Crayfish Conference at Giggleswick, North Yorkshire in August 2015, a gathering of nearly 100 crayfish researchers and practitioners from all over the UK and Europe.

The numerous presentations focussed on two main themes, the plight of our native White Clawed Crayfish and the major issues caused by invasive crayfish species such as the American Signal Crayfish, which is present on Exmoor. It was encouraging to see that a great deal of research is going into ways of controlling invasive crayfish and the Barle Crayfish Project is part of that research. Unfortunately there is no silver bullet yet but perhaps one day a solution will be found.  Other presentations focussed on the impacts of invasive crayfish including some rather graphic images of Signal Crayfish attacking salmon fry. Images like these can help raise awareness of the potential for these animals to impact on fisheries.

“A paper describing the River Barle Crayfish Project, a trial of a new invasive crayfish control technique, was presented at the conference and there was a great deal of interest” said Nicky Green from the River Barle Crayfish Project, “the project is innovative as the technique, male sterilisation, has never been trialled in the field in the UK before, though results from laboratory studies and field trials in France are encouraging.”

Through its weekly trapping regime the project is also gathering useful data to research the efficiency of different trap types and crayfish moulting patterns. The project team is a partnership of local organisations including Exmoor National Park Authority, the Environment Agency and the River Exe & Tributaries Association and is funded by the Exmoor Partnership Fund, Natural England and Heritage Lottery funding through the Heart of Exmoor scheme.

The project team are presenting a paper and talk at the Institute of Fisheries Management 46th Annual Conference in Plymouth on 13-15 October and the Exmoor Wildlife Forum on 21 October. They also hope to promote the project at the International Association of Astacology Biennial Symposium on Freshwater Crayfish in Madrid next year.