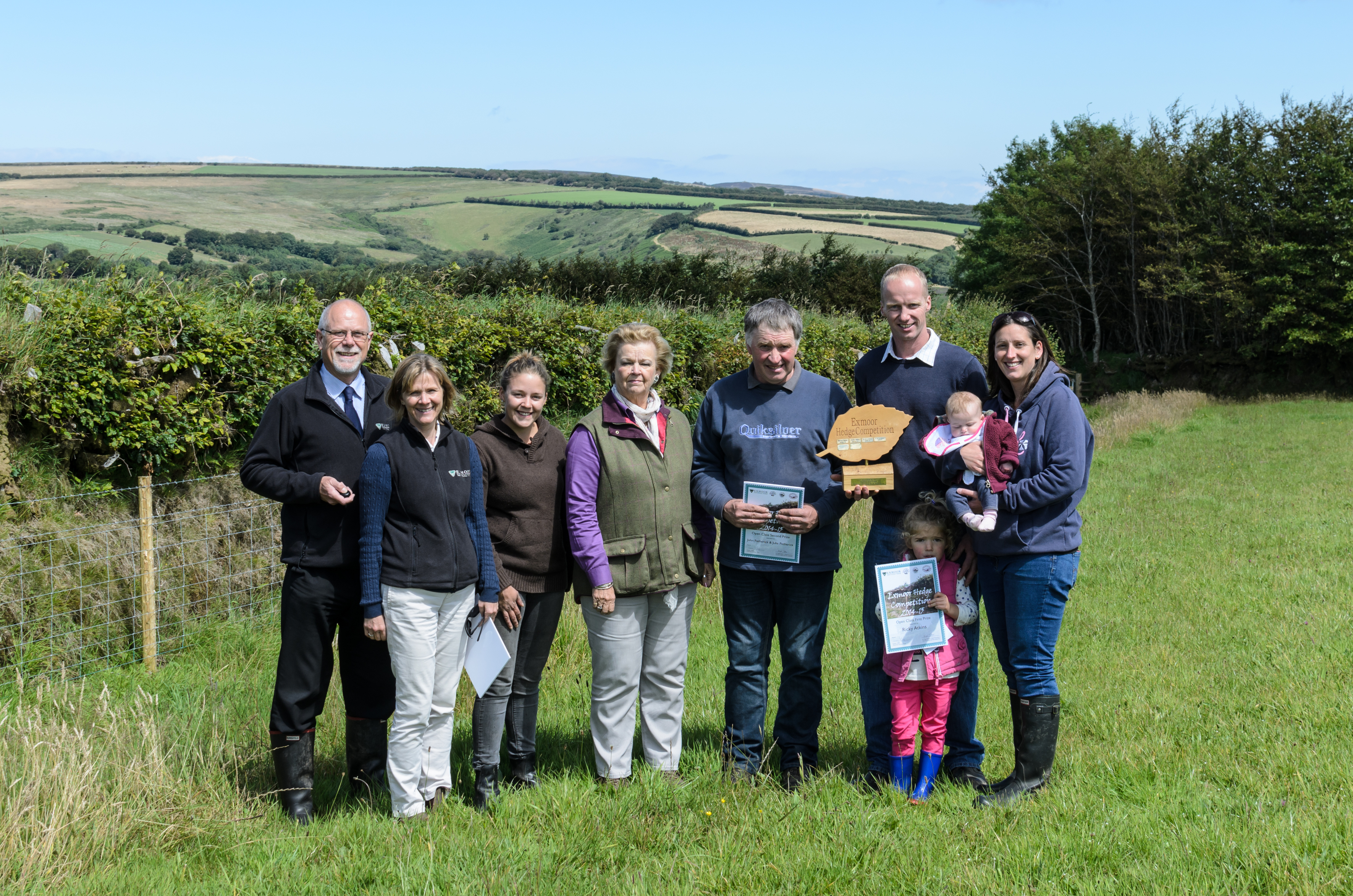 The essential work of Exmoor’s hedge layers has once again been recognised and rewarded through the Exmoor Hedge Competition.

High quality hedge laying is of huge benefit to Exmoor’s farming, wildlife and landscape. This work is very skilled and provides employment for numerous people during the winter months on Exmoor.

In recognition of this vital work, Exmoor National Park Authority launched the Exmoor Hedge Competition in partnership with the Devon and Somerset Hedge Groups, together with the generous support and sponsorship of the Exmoor Trust.

Susan May, Chairman of the Exmoor Trust and Nigel Stone, Chief Executive of Exmoor National Park Authority, presented the prizes to the winning hedge layers; First place and £200 in the Open Class went to Ricky Atkins of Wellshead Farm, Exford. Second prize and £100 went to father and daughter John and Julie Petherick who jointly laid one of their hedges at Higher Heale Farm near Parracombe. In third place was a hedge belonging to Maurice Scott of Brendon Hill Farm, near Watchet, whose hedge was laid by Martyn Sloley of Brompton Ralph who collected £50.

Ricky Atkins received the beech trophy (locally made using wood from a laid Exmoor hedge), which was kindly donated by Mrs Stacey of Foxhanger Farm, Brompton Regis.  As winner, Ricky is also invited to join the judges in deciding the winners of next year’s competition.

Susan May said: “This year’s entries came from right across the National Park which shows that farmers and land managers realise the importance of maintaining rural skills. The Exmoor Trust is delighted to sponsor the prizes for this competition and is now looking for a way to encourage dry stonewalling as well.”

Heather Harley, Conservation Officer (Farming & Land Management) for Exmoor National Park Authority added: “We are extremely grateful to the Exmoor Trust and the Devon and Somerset Hedge Groups for supporting this competition.

“This traditional skill is so important to the landscape within the National Park and an integral part of the rural community. Agri-environment support for hedge management has reduced dramatically over recent years and the future of hedge management on Exmoor is not certain. I hope that this competition goes a little way to promote the work of these craftsmen”

Heather added “we will be running the competition again so I encourage anyone planning their hedge laying this winter to give it a go and enter.”