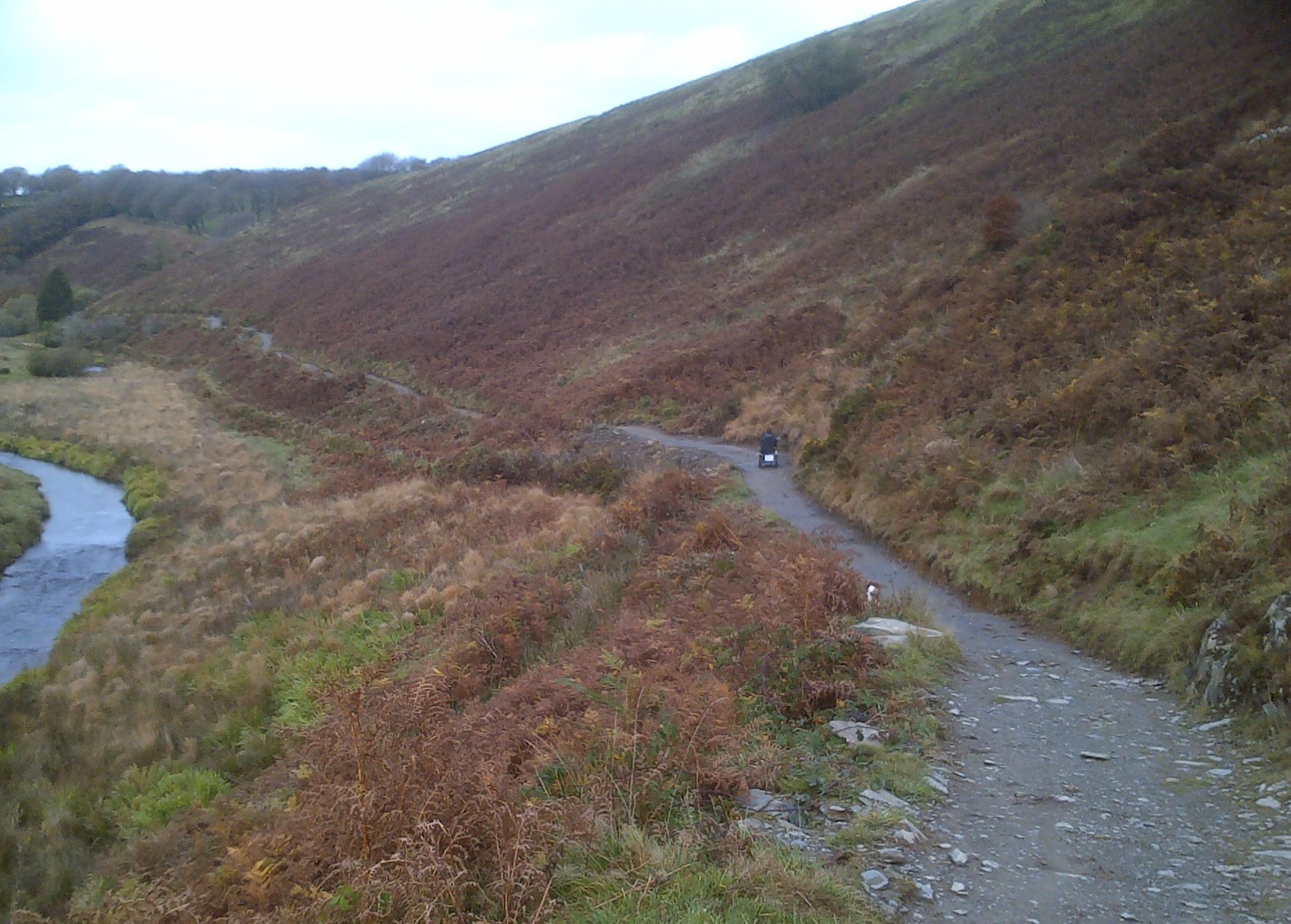 Exmoor National Park Authority has carried out a major repair to the public bridleway between Simonsbath and the Wheal Eliza ruins.

This two kilometre level section of path now has a good even surface that is largely free of mud and deep water making it a great choice for those who prefer a gentle stroll.

Dan Barnett, access manager at Exmoor National Park says: “It is a wonderful section of the Two Moors Way that follows the River Barle through woodland and highly scenic moorland along to the historic Wheal Eliza mining ruins, the notorious site where a young girl was tragically murdered by her father in 1858.

“We hope that both local people and visitors will now find it easier to enjoy this lovely area.”

The route is now considered suitable for Trampers or other off-road capable mobility vehicles via a lower route that has been reopened at the start at Simonsbath. The route begins on the opposite side of the road about 90 metres below the Exmoor Forest Inn. The works have been part funded by the Heritage Lottery Fund as part of the Heart of Exmoor landscape partnership scheme.

The route will be inspected after this winter to ensure it has all bedded in well and further improvements to the signage and online supporting information will follow in the spring.