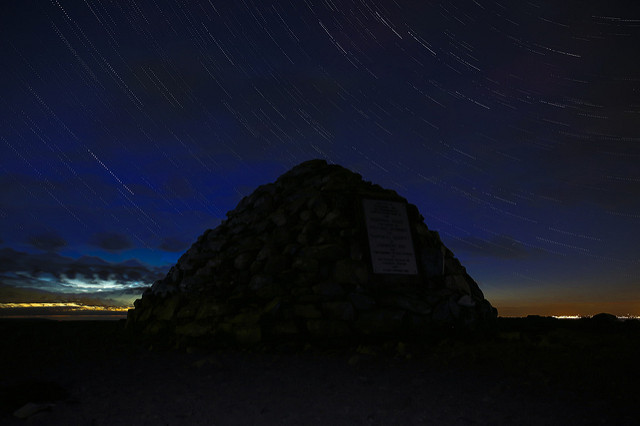 The most detailed ever satellite maps of England’s light pollution and dark skies, have been released by the Campaign to Protect rural England (CPRE) and show that Exmoor National Park is the darkest National Park in southern England, having 92% pristine dark skies.

This research comes as at time of increasing awareness of the harmful effects light pollution can have on the health of people and wildlife and important benefits of dark skies.  Dark skies have been a source of fascination for centuries, yet many children will grow up never seeing the Milky Way because of the impact of artificial light.

Exmoor National Park became an International Dark Sky Reserve in 2011, the first in Europe. The core area of the Reserve covers some 83 square kilometres of mostly moorland, surrounded by a bigger zone of 98 square kilometres, mainly farmed landscape and small settlements. The National Park Authority has for some years had a strong lighting policy to ensure that no light pollution affects the Dark Sky Reserve designation.

The new maps were produced by LUC from data gathered by the National Oceanographic and Atmospheric Administration (NOAA) in America. The NOAA satellite captured visible and infrared imagery to determine levels of light spilling into British skies. CPRE is sending lesson plans to primary schools in order to promote the enjoyment of dark skies.

Sarah Bryan, Head of Conservation and access at Exmoor National Park said: “We welcome the production of these important maps and are delighted that National Parks and protected areas are recognised as ‘holding guard against light pollution’.

“We worked hard with our local communities and West Somerset and North Devon Councils to achieve the dark sky designation and it is important to maintain and improve this wonderful resource. Hopefully we can continue to work together to see what can be done about the light spillage in coastal towns such as Minehead and Porlock. In addition to enabling more people to enjoy this important resource it will also save money by reducing energy wastage.”

Chris Lewis, Chair of CPRE Somerset said “Dark skies are a key characteristic ofwhat makes the countryside so different from urban areas and they offer a sense of awe and wonder to local people and to visitors who are lucky enough to experience them. We are really proud that Exmoor National Park is leading the way in protecting its dark skies through strong lighting policies.

“We hope that the new mapping will enable other areas of Somerset, including those adjoining the National Park, to make their skies as dark as possible.  Obviously this is more of a challenge in more populated areas, but there are steps that all Councils can take to reduce light levels through demanding better design of new developments along with investment in the right street lighting.”

Dr David Brabban who volunteers for Exmoor National Park and worked on the successful bid to achieve the International Dark Sky Reserve designation commented “Our annual surveys show that the Exmoor sky remains as dark as ever so, on moon and cloud free nights, we can be treated to superb, spine tingling views of the heavens.

“The important thing is that the work done by the National Park continues to give amateur astronomers the chance to get some good observing done.  We are hoping for clear skies for the Wimbleball Big Adventure camp out where we will have telescopes in action.”