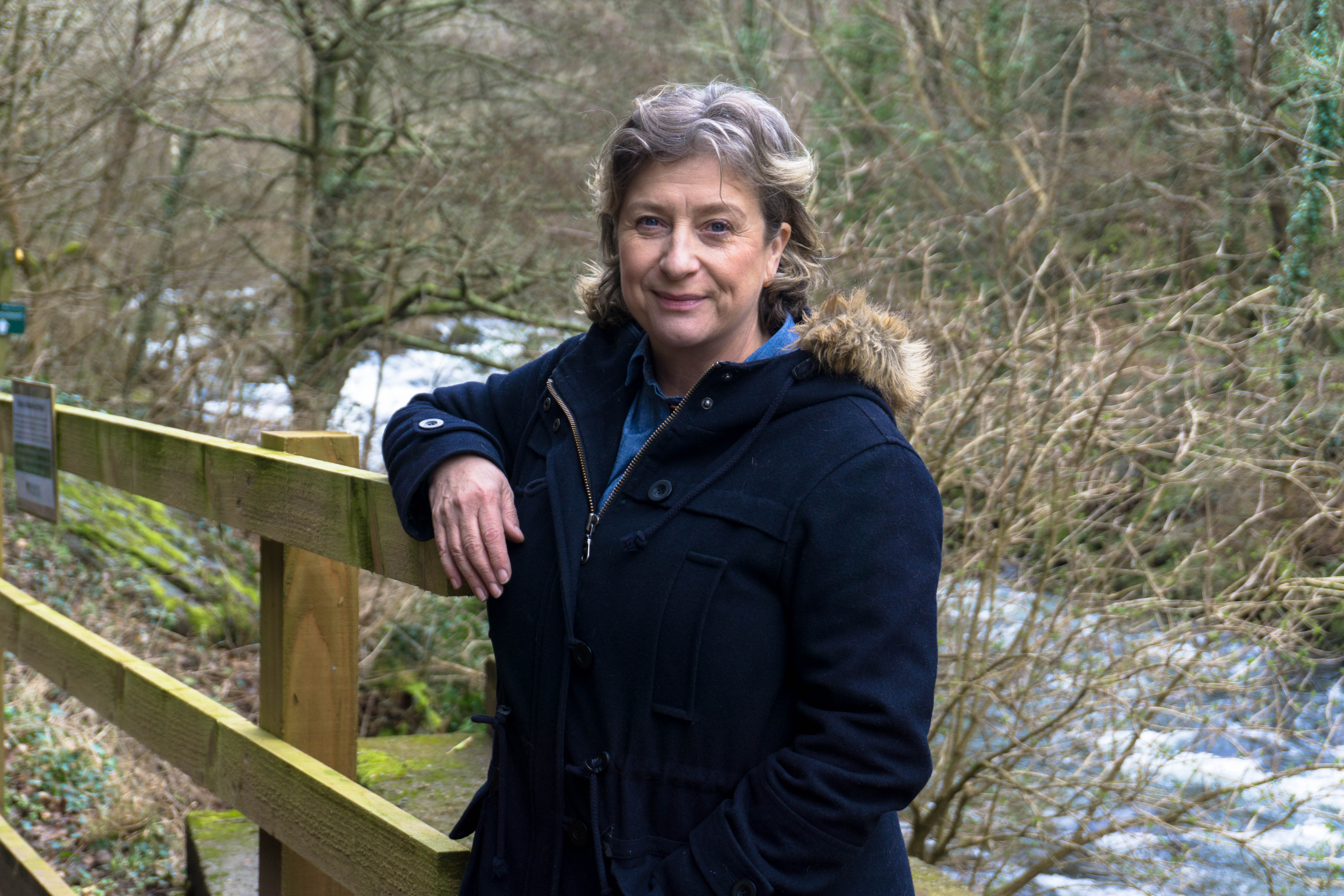 Men Behaving Badly star Caroline Quentin is today (Monday) the latest TV personality to get behind a community-lead fundraising appeal to replace a popular footbridge in Exmoor National Park that forms part of a century-old walking route.

In her campaign video, she asks those who share her love for Exmoor to get behind the appeal by spreading the word to friends and family and on social media, and urging them to donate to Caremoor for Exmoor, via the Caremoor for Exmoor website or by sending a cheque to “CareMoor (Exmoor National Park)” to Exmoor House, Dulverton, TA22 9HL.

Caroline, who lives locally to Exmoor and is President of the Campaign for National Parks, joins Julia Bradbury, TV presenter and co-founder of The Outdoor Guide – a free web resource for walkers, in supporting the appeal led by Exmoor National Park Authority and the Lyn Community Development Trust.

The bridge once formed part of a favourite circular walk on the outskirts of Lynmouth, enjoyed by Caroline along with thousands of others seeking to experience the spectacular East Lyn Valley. It connects to the Middleham Memorial Gardens, created in memory of victims of the 1952 flood which destroyed much of Lynmouth, and featured in Julia Bradbury’s hit TV series Britain’s Best Walks.

Caroline Quentin, said: “Together we can build a new heritage bridge fit for the 21st century that will allow people of varying abilities to experience this enchanting ancient woodland and its unique heritage. For me deepening people’s enjoyment and understanding of our wonderful countryside is a big part of what National Parks are all about, which is why I’m delighted to get behind the cause.”

Sarah Bryan, chief executive of Exmoor National Park Authority, said: “As the tourism season picks up, Exmoor is gearing up to welcome more than two million visitors. But in Lynmouth we feel there’s still one important thing missing, which is why we’re so grateful to Caroline for helping raise the profile of this important cause.

“This crossing has endured for more than a century. And with everyone’s help we hope to be able to replace it with a new heritage bridge built in solid Exmoor oak timber, putting this much-loved route back on the map for another generation.”