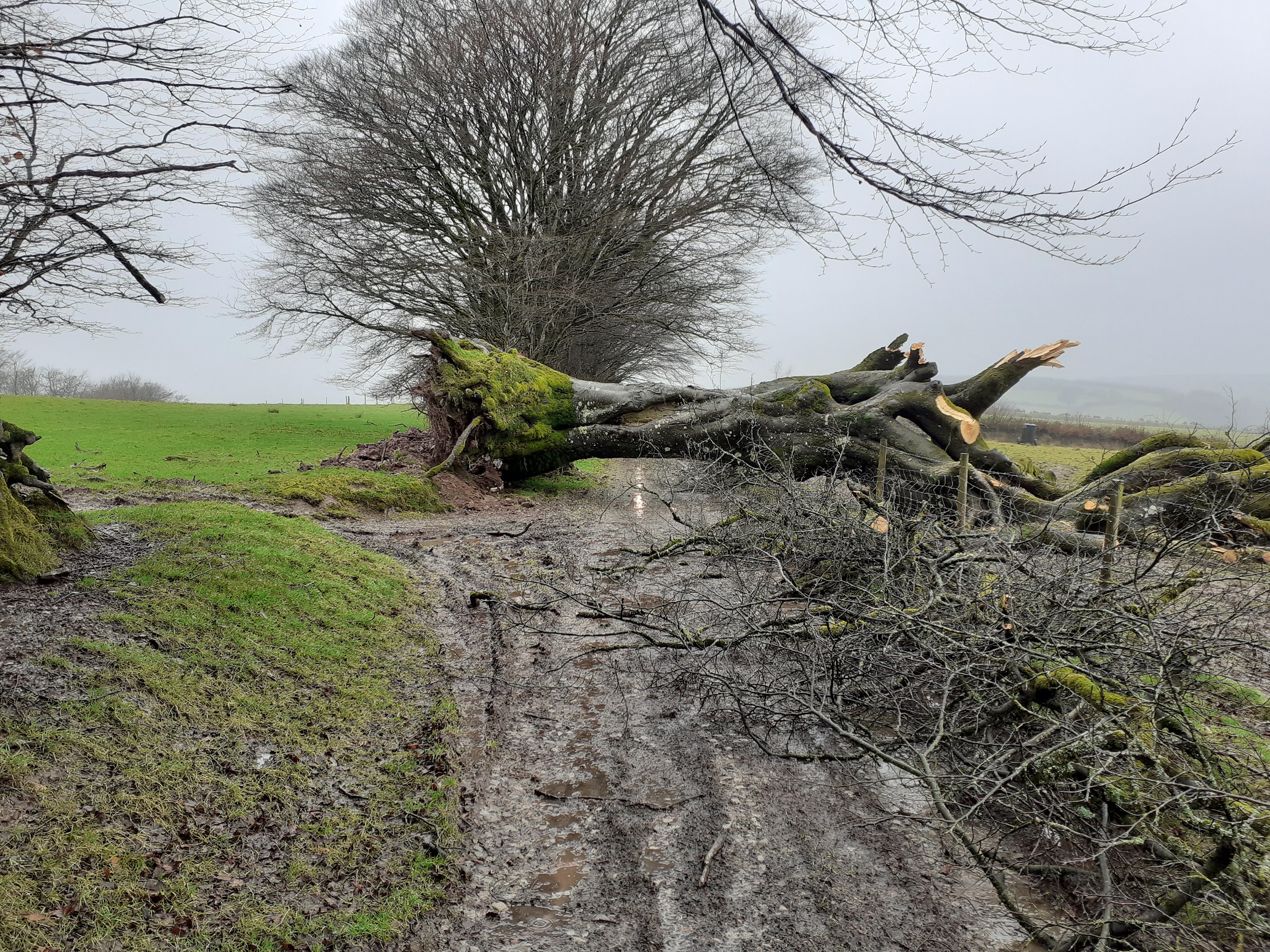 Hundreds of trees down over paths, blocked drains and exceptionally wet and windy weather were among the growing challenges recorded in Exmoor National Park's recently published Rights of Way and Access Annual Report 2019/2020.

The network remains in good condition, with over 92 per cent of paths surveyed rated as ‘open and easy to use’, but the Authority warns that increasing extreme weather events due to climate change are starting to take their toll.

The storms and flash flooding events of last winter saw a record 233 fallen trees cleared from paths and maintenance needed to 1023 drains. All major works to rights of way now include increased drain capacity as standard to improve the network’s resilience to flooding and reduce erosion.

The summer months provide little relief, with the extended growing season meaning the need to cut back vegetation twice or more a season, whereas in past decades only once had been enough. This year alone 159km of paths were cut back – an average year.

Despite this Exmoor’s Rights of Way network remained in excellent condition at the start of the season, in time for record numbers of visitors to visit the area following the easing of lockdown measures.

Estimates based on STEAM data suggest that visitors enjoy 1.59 million walks in a typical year, and this year that figure would have been much higher. This underscores the value of the Rights of Way network to tourism, which contributes nearly £130 million to the local economy and accounts for around 60 percent of employment.

Dan Barnett, Exmoor National Park’s Access & Recreation Manager, said: “The rights of way network has played such an important role in people’s lives this year, bringing a breath of fresh air at a time when so many other freedoms were off-limits. It’s testament to the team that in spite of the terrible weather last year they largely kept on top of things and we began this year in a good place.

“But with climate change we can expect more extreme weather and things are only going to get worse. Without further investment this will make it increasingly difficult to maintain the high standards so many walkers and riders come here to enjoy.”

Sarah Bryan, Chief Executive of Exmoor National Park Authority, said: “Our rights of way are just one small example of the profound way climate change is threatening our National Parks - the beauty and wildlife they were designated for and that millions flock to experience every year. These special places are also cornerstones for vital, life-supporting ecosystem services, such as clean air and water, healthy soils, flood alleviation and carbon sequestration.

“We’re working tirelessly with landowners and partners to restore nature in Exmoor, make it more resilient and improve the way land is managed. This will not only benefit people’s enjoyment of the National Park, but also play a vital part in responding to the nature and climate emergencies for future generations and the planet.”