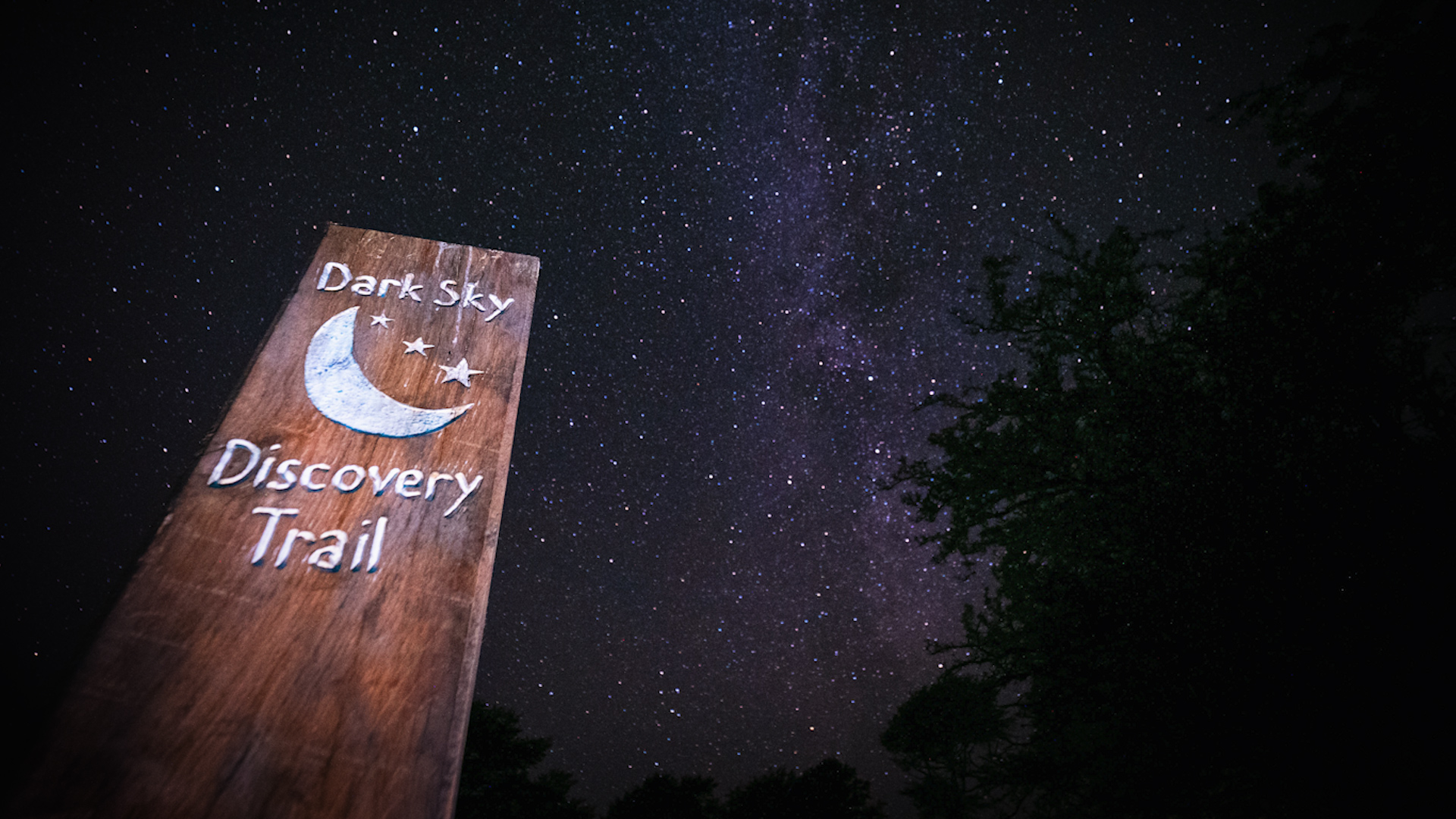 A film celebrating the magic of Exmoor’s dark skies, and how people can enjoy a new night- time walking trail at the heart of its dark sky zone, launches today on #ExmoorDay (19th October) – the anniversary of the area’s designation as a National Park in 1954.

The ‘Exmoor Dark Sky Discovery Trail’ is being unveiled at a special online webinar taking place at 2pm. Those in attendance will be the first to see the 5-minute film featuring jaw-dropping views of Exmoor’s nightscape, followed by a live discussion with the trail’s creators and astronomer and science writer Will Gater about how to get the most from the experience. Sign up at: www.exmoor-nationalpark.gov.uk/stargazing

Astronomer Will Gater commented: “Exmoor’s dark night skies are an incredible treasure and this new trail is another way that people can get outside and explore the amazing sights they have to offer. Hopefully the more people see the wonders of a dark, starry sky, the more they’ll want to preserve and protect these precious views for the future."

The 2-mile there and back walk starts from Larkbarrow near Exford, offering 360-degree views of the night sky over open moorland at the core of the National Park’s dark sky zone. Glow-in-the-dark way markers are there to help you find your way and a printed guide is available to buy online and from National Park Centres in Lynmouth, Dunster and Dulverton.

The new trail launches ahead of the region’s Exmoor Dark Skies Festival, which starts this Friday (22nd October – 7th November) offering three weeks of festivities celebrating the wonders of the night sky.

Exmoor became Europe’s first International Dark Sky Reserve ten years ago this year - only the second such designation in the world at that time. To qualify the National Park must maintain a core area over high moorland where habitation and therefore light pollution is minimal, supported by a peripheral area in which lighting is strictly controlled to protect the core’s darkness.

As such Exmoor has some of the darkest skies in the country, where in summer it’s possible to see the Milky Way with just the naked eye, and year-round thousands of glittering stars and constellations. It is also a haven for nocturnal wildlife, with 16 out of the 17 British bat species, along with nightjars, rare moths, and glow worms.

A Dark-Sky Friendly Business scheme means there is a network of accommodation and experience providers ready to show you the celestial delights and wildlife unique to a truly dark sky. Exford is also host to Exmoor’s first Dark Sky Discovery Hub, offering weekly stargazing suppers, talks and night-time safaris throughout the year.

But #ExmoorDay isn’t just about dark skies: it’s a chance to celebrate all that makes Exmoor special, and anyone can take part by using the hashtag to share what Exmoor means to them. Throughout the day there will be 10 percent off in National Park Centres and via the online shop using the code: EXMOORDAY10.

She said: “National Parks have been around for a very long time. They came out of the 1949 Act, so over 70 years now… It’s about saying to people ‘these places are for you.’ They are for you to enjoy the beauty of nature. To refresh the mind and the spirit. And now, after a pretty difficult couple of years, that’s probably more important than ever.”